Originally dating from the late 12th Century, the spacious St Peter’s Church stands at the heart of the village of Firle and just a few paces away from the wedding facilities on The Estate.  The local vicar, The Reverend Peter Owen Jones, allows weddings to be held at the church each year for village residents and regular church attendees.  It is possible for non-residents to use the church for blessing ceremonies if booked well in advance.

In addition to weddings, the church is open to the public with services at different times each week.  With a lively congregation and a local community committed to the upkeep of the building, St Peter’s is often used as a communal venue for village events through the year.

Although originally dating from the 12th Century, much of what can be seen today was rebuilt during the 13th, 15th, 16th and early 19th Centuries. Considered by many to include some of the most notable flintwork in the South East of England, the spectacular St Peter’s Church contains many architectural features and artefacts of note. The Gage Chapel was introduced in the 16th Century at the same time as the re-modelling of the tower with square-headed un-cusped windows.  New architectural features, such as many new windows, were introduced in the Victorian era and ensure St Peter’s is a church to remember.

St Peter’s, Firle includes many notable artefacts, including brasses such as the monument to Bartholomew Bolney and his wife (died 1476) as well as several Gage monuments believed to have been commissioned by Sir John Gage in 1595 (one of which is his own alabaster monument viewable in the chapel). The font is square and probably dates from the 15th Century although the bowl is believed to be later, dating from the 19th Century.  Of particular interest are the windows at the church, the majority of which date from Victorian period, while perhaps the most notable is a depiction of The Tree of Life by John Piper which was commissioned in 1985.

Whatever your dream wedding looks like, Firle Place has the perfect reception venue, from the The Georgian Riding School – a stunning Grade 2* listed, barn-style building – to the South Lawns and walled Herb Garden which are perfect for a marquee wedding right in the heart of the estate.

For more intimate weddings we are able to offer a range of locations in the house to suit different budgets and where social distancing can easily be adhered to. 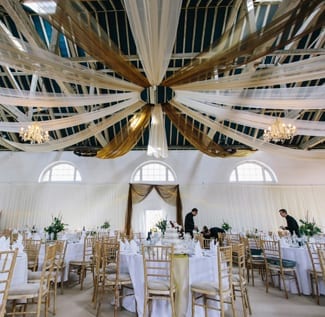 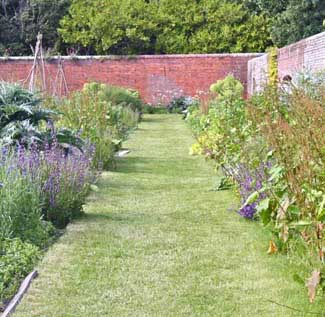 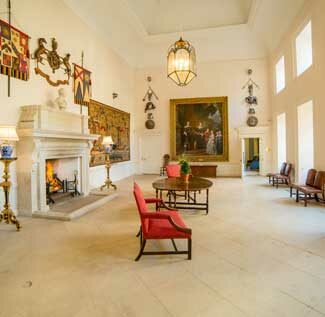